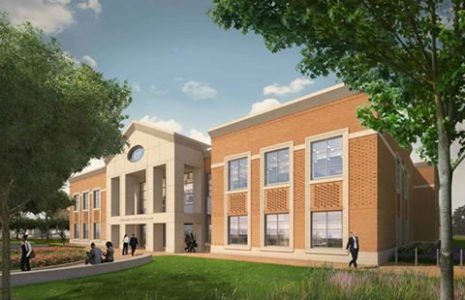 B&D is proud to be working on this important project with general contractor Mullen. The new circuit courthouse construction includes all demolition, site construction, utilities and building construction for a 41,600 square foot new circuit courthouse to be built on Commerce Street in Centreville. Building a new Circuit Courthouse for Queen Anne’s County is a project that the county has been attempting to address since 2007, when a Courthouse Task Force determined that it was in the government’s best interest to build a new courthouse instead of renovating and expanding the current one in downtown Centreville, which has stood since 1796. The Queen Anne’s County Court House was constructed at the time when the county seat was removed from Queenstown to Centreville. It was accepted by the County Court on June 1, 1796, and ordered to be “taken, held and deemed to be the proper Court House of Queen Anne’s County.”

Interested in electrical services, but don't know where to start? Send us a message detailing your situation and we'll get back to you with more information.

Thinking about an electrical project?