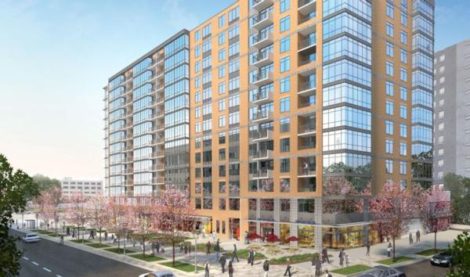 Originally called “Gallery Capital Riverfront” 324 Luxury Apartments at the Navy Yard -Ballpark Metro Station. This development brings high quality studio, one and two-bedroom units are coming to the thriving Capitol Riverfront 24-hour live-work-play neighborhood in southeast DC in 2016. Bausum & Duckett began underground work in 2015 with completion scheduled for 2017. Photos show the building coming out of the ground and the architect’s rendering of the finished project. Donohoe purchased much of the land in 2005, then added some small lots that WMATA owned as part of the Navy Yard Metro station east entrance, and finally added the since-razed St. Matthew’s Church to the project footprint.

Interested in electrical services, but don't know where to start? Send us a message detailing your situation and we'll get back to you with more information.

Thinking about an electrical project?